T-Jay and the internet 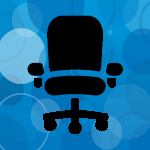 Anyone who knows me knows how bad my internet access has been ever since the inception of Guildford Web services Ltd. When I say bad, I mean I ‘think’ I’ve had every problem that you can have with an internet connection,

This story has three Internet Service Providers, 13 Routers (I kid you not!!) and three master sockets.

To start at the very beginning, which according to Julie Andrews is a very good place to start, (I will keep the ISP names anonymous..ish). I was with a major residential ISP which we shall name SLY. This was rock solid, unfortunately, as I was starting a Web Hosting and Design company I knew I needed static IP addresses and a stable internet connection. I’m a simple lad that wants simple needs. I also wanted a stack of them, as I need to have resources where I can learn, test deploy and run.  So SLY had to go, as I needed resources you cannot get on a residential ISP.

This is not my first IT business, it’s my second, so I went with the guys I was with before, as they were stable, reliable and customer service was excellent. The company I went with, let’s call them Walk Walk Business. Imagine my horror that it wasn’t stable – the internet slowed to a crawl were it would have been better to get a dial-up modem, not 56K, but 14.4k, it was THAT slow, and it would also drop out. When I was on holiday, it got to the point for me to remote access properly, was that a neighbour had to reboot the router so I could get back online. So these guys stopped becoming stable and reliable. They also sent routers, the customer service was so bad, it got to the point that I had to contact the CEO so that they changed the phone line. But because they had to change the static Ip address stack again, I gave up and moved on  – I did, however, get a full refund!

Now as I live in an area that DOESN’T have fibre to the home, basically my street doesn’t have a virgin connection, which leaves you with only a few suppliers for residential – and even less on Business.

I went with, let’s call these guys E.T. During the time with Walk Walk, I had at one point two landlines, one fully happy, and the other -the buggy one previous. As they both had the same phone number, you guessed it, E.T. took over the wrong one.

I will give ET their due, they did try to fix it, but through that, depending on which IT support team you were speaking to, they have standard and enhanced IT support. Between the two of them, I got sent 13 routers (YES 13), as it seems that at some point the part of the culture was to start with a new router, to make sure the router isn’t the issue. Problem with this is it a) means you have to set up the router again with the right Firewall tables, IP addresses, static IP stack et al. And b) its tech waste. I get it, it’s trying to rule out what could be the cause. I did however at one point get it moved to the right landline. (Once I lost a set of static IP addresses!!!)

So, new landline, a new Internet connection, and there was still one issue. As I have FIVE static IP addresses, I should theoretically be able to run 5 web servers. OK, that sounds overkill. But in IT we have a thing that’s called the Separation of Concerns. The idea is that you don’t have all the eggs in one basket, or in a web pages case, the markup, the design, and the interaction are different pages of code. Ideally, Rodney, the server should be able to host web pages, as well as the HP G8 MicroServer’s ILO, with my Cloud Storage Server and Dev Server all being separated. At present, everything is being routed, or proxy routed through ONE web server, and there has been too many near-misses where I have nearly deleted the cloud storage server – NOT GOOD! I need 4! I need to be able to remove the business server without pulling part of my personal setup at the same time. At the moment – this isn’t possible.

ET’s Router should be able to do this, it couldn’t, and as this seemed to be an issue from the start – but did work ONCE, I left it in March, and didn’t do anything about it – because obviously – Covid.

I came back to it in November, as it looked likely that things were going back to normal (HAHAHAHAHAHA!!!!!!) So, I spoke to Standard Support, which said this was not doable, but Enhanced Support said yes it was. They didn’t seem to believe me, and it was as if everyone in the department had to see for themselves what was happening, there was at one point over 10 remote access connections….yup…

Well, we did find the issue, there is a bug in the Router firmware, under normal problem solving on the internet, we usually Google Search our way out of it as most questions are answered. The law of probability is that someone should have found the problem first – and the solution found.

I did find that someone else has had this issue, way back in 2018, but had no solution (this IS unusual – but as someone pointed out – someone HAS to be the first!). To cut a long story short (too late) We found a bug, in the router, I have patched my end so that I have remote access – unfortunately, my patches can be overridden by updates, but can be re-added.

The problem we have (ET and me) is that this patch a) has to work, b) not break my system, and c) has to be rolled out throughout the country too! As we are in lockdown, I’m expecting it to be fixed, but at present not expecting a solution quickly, as everyone is working from home, but I am told, WE will get there!!!!

This last issue has made me realise, that my setup is so unique that I can find a bug that has been overlooked – but has serious repercussions across the country!!!