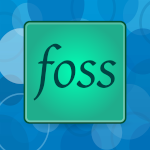 With FOSS, it is based on four underlining principles. I am going to list my opinions of advantages and disadvantages with FOSS, I am using Kodi as a case study because it highlights very well these four Freedoms on both sides of the coin very well.

I’m a firm believer in Free Open Source Software (FOSS). When running power-hungry servers, or wanting to throw content around a flat, the last thing you want to do is spend 1000’s on software. This is why the internet exploded the way it did.

Most Servers run Linux, all the protocols are for everyone to use. With the internet, so long as you use certain standards (the World Wide Web uses port 80 as an example an email server, use ports 25/110 and 143. TCP/IP is a wonderful thing. Couple that with that little thing Tim Berners Lee gave us for free the Hyperlink! Sorry, couldn’t resist! and you have the interweb! YAY!) you can set up a site at home.

Although if you are either using too much bandwidth, or you are hosting something naughty your provider might wanna chat to you!. Anyhow, anyone (with the time/patience and knowhow) can download a Linux OS, install it on a PC and set up a website. I did… anyhow, I digress again…

OK, let’s get to these Freedoms:

FREEDOM 0: The freedom to run the program as you wish, for any purpose.

So in the light of Kodi, this is the biggest problem with its GPL and open-source nature. This is also why Team Kodi have a neutral stance on piracy. When I found out about these four freedoms, it is this principle that causes the rub, especially on the forum. On one side you have people like myself who care about the software, use it for its ‘intended purpose’ and are very outspoken on when it gets used for piracy. On the other side, you have the users that want to circumvent paying for paid services. However, the words ‘for any purpose’ means that anyone can use it for other than it’s intended purpose, in Kodi’s case piracy. It doesn’t make the software itself illegal, it is just simply being used with a different purpose. Here are real-world examples of things being used ‘differently’ to their intended purpose.

I know Google and Twitter are tongue in cheek but the point is there.

FREEDOM 1: The freedom to study how the program works, and change it so it does your computing as you wish. Access to the source code is a precondition for this.

This is the bit I truly love about FOSS, I can manipulate WordPress templates, change settings in PHP, change the Estuary skin in Kodi. You run into problems when trying to access .dll files in Windows, you can’t change Word or Adobe Photoshop to do things differently either.

Again, a problem with this is when a developer has made a skin for Kodi, put it on Github for people to use and modify, the ‘proper way’ is to ‘fork it’ in other words use this as a template and make it your own. Some ‘devs’ have been lazy, they just bundle the skin, the add-on, whatever into their ‘build’ or ‘repository’ (some of these are simple web hosting sites and not true repos) change the add-on version (trust me that VERY easy to do, no coding experience necessary) next thing you find is that the Piracy Police are knocking on your door because your work is now affiliated with the ‘bad side’ of open source, ALTHOUGH by it’s very nature of being Open Source, it goes back to Freedom 0. If you don’t like the idea of people ‘using your code for evil’ then don’t make it ‘Open Source’

FREEDOM 2: The freedom to redistribute copies so you can help your neighbour.

The biggest advantage here, it is more than likely to be free, so this means I can build a Raspberry Pi in a case with Libreelec already installed with Kodi on it and give it to a friend usually for free. I can download Kodi from the official download page, and give it to friends. I do this with Clamwin and VLC. We also do this with WordPress at work.

FREEDOM 3: The freedom to distribute copies of your modified versions to others. By doing this you can give the whole community a chance to benefit from your changes. Access to the source code is a precondition for this.

Problem is, some have taken this to it’s extreme…

Some people take it upon themselves and buy a load of cheap Chinese Android boxes (nothing wrong with Chinese offerings, just in this case) load it up with piracy enabled add-ons and flog it at a price.

You also have the YouTubers, (go on…type in Kodi into YouTube, play ‘Where’s Team Kodi’ it’s a brill game, lasts for hours….) that have monetised their accounts, they all look like dodgy car dealers, some sunning themselves cutting from one sun-drenched location to another (you know who I’m talking about if you have been in the land of Youtube!), selling the best build ever, the best add-on ever, since the last best add-on ever, that last best add-on was the best for a week, sometimes less…, or something that will replace something else for 2018, which will break before the end of January…

This is going to sound like ‘Asimov’s three laws of robotics’ but Freedom 0 and Freedom 1 allows you to do this, also nowhere in these Freedoms does it say you can’t charge or not make money from it.

•Linux RedHat is commercial but is still Open Source.
•MacOS is based on Unix, it, in its very nature is just a ‘fork’. For me it’s great, it means when I go into the ‘terminal’ in macOS, I don’t have to learn different commands, most of them are the same as a ‘standard Linux’ installation. So much so that I don’t have to use an ssh client to access different machines on my Mac at home, I just have to call the terminal and use it that way.
•Plex is another fork, from Kodi and is now like MacOS is commercial and closed source.

FOSS is great for the most part and here is a list of some great software you can use for free and if you are technically minded, can help them with their coding:
•Anti-Virus – Clamwin
•Office – LibreOffice
•Webdesign – WordPress.
•Media Player – VLC
•Media Center – Kodi
•Photo editing – GIMP
•Windows alternative – Ubuntu Mate
•Free Mail Server on Windows – Hmailserver

To name a few, all these have thriving community-based forums, some are now over a decade old, some even with original developers. It’s not all bad, some have just got bad press because some individuals have misused the GPL (Open Source Licence).

For me… those benefits of FOSS far outweigh the cons it has many different uses and can be used, changed and modified in different ways, some for good and some for bad, it’s just now the need to re-educate the masses…