Bit of a random one… 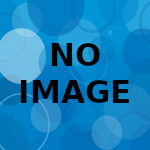 Things have changed A LOT over the last couple of years. Guildford Web Services has been an unfortunate casualty of Covid. I am now starting up a social media platform with a friend of mine who I have only chatted to via Facebook Messenger… and I have found my love of performing again or more to the point, I found that I still can.

But this is my own blog, which is techier than anything else I do. So here it is…

My Mac Mini (2014) died 18 months ago, and I have been using Linux most of the time, but because we needed a Mac for the developer account, we needed to buy one for the Social Media platform. I have always joked to friends that I never got over my Mac dying, but after using one again after that time, I realised how much I have missed it. My gestures muscle memory is still there, thank goodness I never got rid of my Apple accessories, as I am still using my Mac Mini’s keyboard and trackpad, which after having them for over three years, they are still as good as they were 18 months ago.

But now I have a Macbook Air, it is docked until I go out. As the business has died, I have used the HP Microserver G8 as my media server, this meant I had TWO desktop PC’s. So rather than get caught out again like last time, I now have a Linux PC, a Windows PC and a Macbook Air. As I already have a laptop that runs Linux (Arch btw) I am able to RDP to the other two PC’s. Everything is set up the same way as before, BUT the BIG difference is that these PC’s are physical PC’s, therefore able to use all the resources they need, and because I connect to them via a thin client on my desk, I can take the Macbook Air AND my Arch (btw) laptop anywhere and have my desk anywhere!

But if I had to choose one, it would be MacOS – I’m knee-deep in the weeds of the Apple walled garden and having a Mac just makes sense.